16 Jul Does Dairy Cause Acne And Why?

Posted at 04:08h in Beauty Expert Tips by Ioannis

Does dairy cause acne? A large study conducted in the US has confirmed that the appearance of acne is affected by our daily diet. More specifically, according to a research published in the Journal of the Nutrition and Dietetics Academy, there is a potential link between our skin condition, dairy consumption and high glycemic load.

So Does Dairy Cause Acne And Why?

Acne may already have been linked to chocolate, sugar and fat, but this new research has moved the issue a little further. Researchers from the Department of Nutrition, Food and Public Health of the University of New York presented the findings after conducting a review of the literature to assess the indications for dietary linkage to acne. 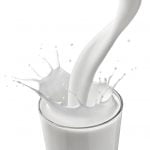 Using the information recorded in studies between 1960 and 2012, scientists were able to identify a range of foods associated with people suffering from acne. In particular, researchers found a high glycemic index associated with frequent consumption of dairy products. They were considered to be the main factors in determining the relationship between diet and acne.

However, it has to be underlined that research has shown, among other things, that diet does not cause acne, but can affect or aggravate it. Researcher Jennifer Burris, MS, RD, says: “The medical community should not rule out the possibility of diet therapy as a complementary remedy for acne.”

Further research in the United States, conducted at Harvard University, concluded that milk is directly related to the appearance of acne and its aggravation if it already exists to some extent. Indeed, they observed that women who were in acne treatment stopped showing signs of improvement after daily milk consumption. This is explained by the fact that milk contains hormones and steroids that contribute to the growth of androgens in a woman. Rising androgen levels is one of the factors that women have acne, even at an an age of after 30.

The research did not exclude full fat milk, not even skim milk. Instead, it has shown that milk which undergoes

more treatment has more hormones, and increases the potential for acne on our face, back and decollete. Experts advise abstaining from milk and dairy products for some time until acne stops being a problem. Furthermore, using a good moisturizer like the Caviar of Switzerland 24h Regenerating Cream, will provide all the nutrients you skin needs, will alleviate the problem even more.